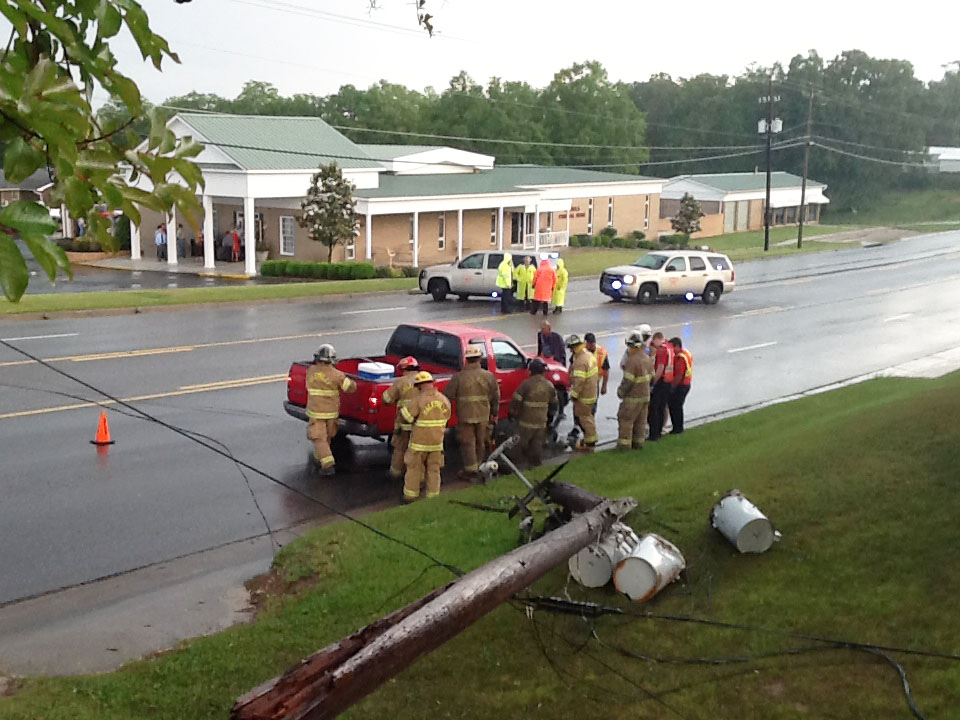 A severe thunderstorm blew through Haleyville Sunday evening, taking down trees and power lines and trapping one man in his vehicle, but there were no reports of significant damage and no known injuries.

Large areas of the city were without power into the late evening. A power pole on Alabama 13 near Cadence Bank snapped and trapped Freeman Loveless, 45, in his truck for one and a half hours. Video of his removal [CLICK HERE]. 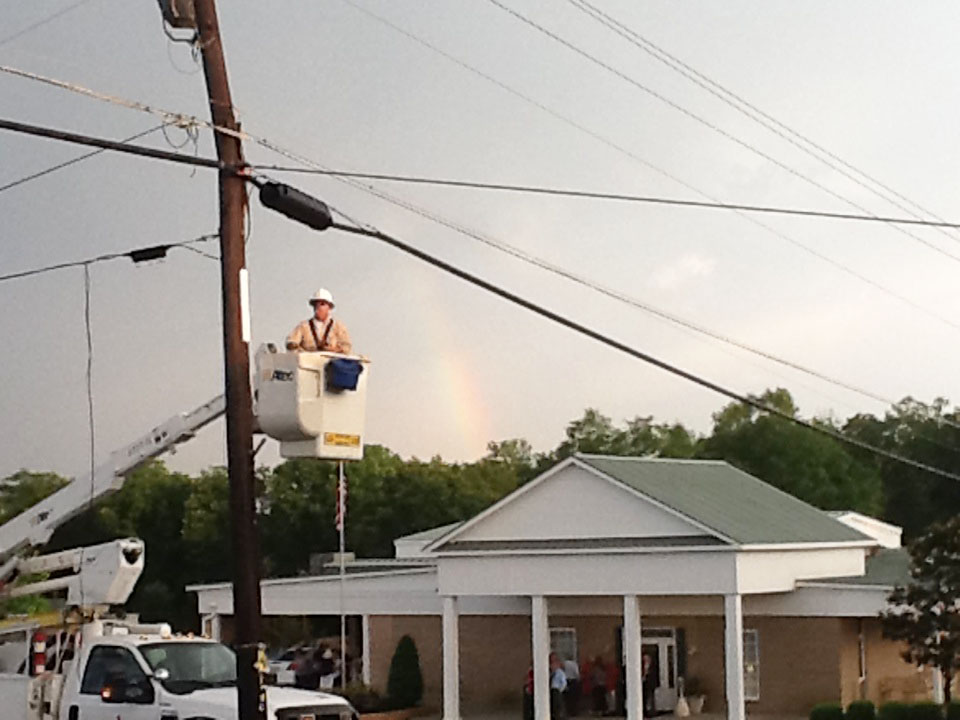 Trees came down on roads on 13th and 14th Avenues, 20th Street, and a tree fell on a home on 15th Avenue. There was reported damage to an awning at Haleyville Elementary School. 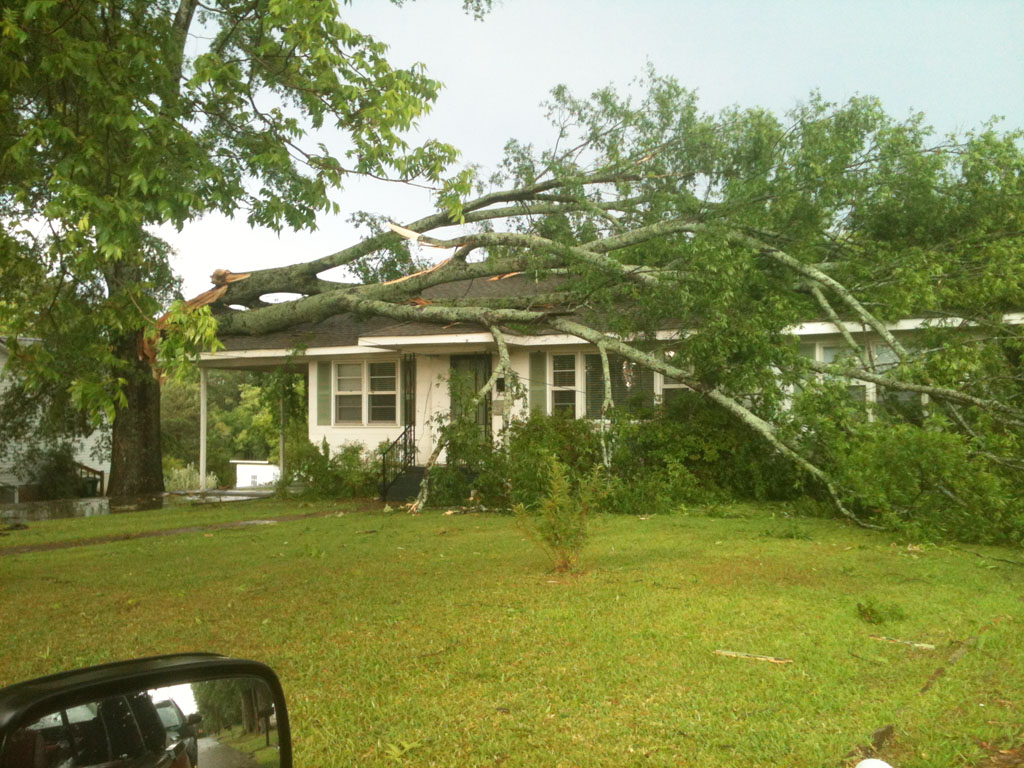 City crews cleared trees well into the night. Police and fire maintained vigil on Alabama 13 while Alabama Power replaced two poles. The highway was re-opened around 2:30 Monday morning. Poles on 20th Street were replaced before 6 AM Monday and that road was re-opened.