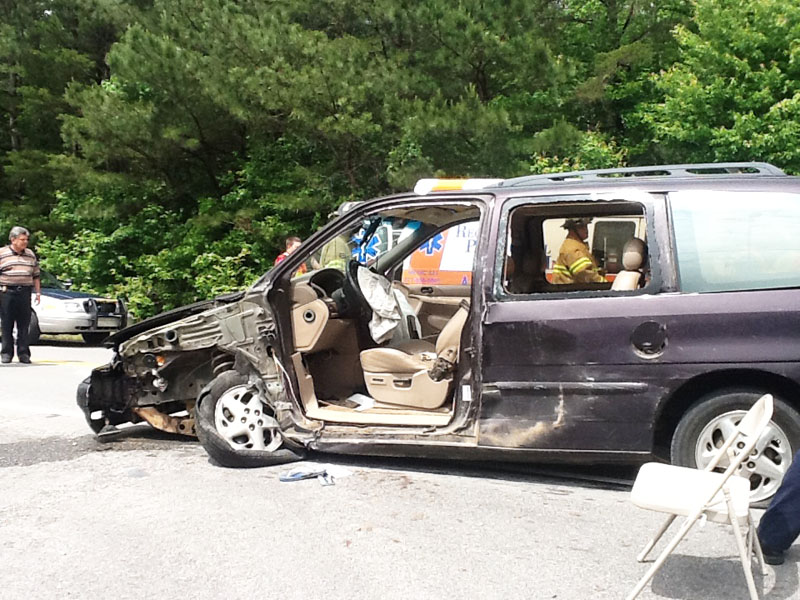 An accident on AL13S Thursday around 1:45 PM closed the highway for the second time in 24 hours. A north-bound van appears to have crossed the center-line just north of CR75 striking the left trailer wheel on a south-bound Harden Shipping 18-wheeler.

The van was totalled and its driver was transported to Lakeland Community Hospital awake and with what appeared to be non-life-threatening injuries. The Harden truck was able to be driven away on its own. Its driver was also transported to the hospital.

A long-time truck driver walked the scene with HBTV/3WH and gave his description of what appears to have happened: "At the point of impact you can see where the truck's right wheels were all the way over on the shoulder. The nose of the van hit him right in his first tandem tire."

Haleyville Fire/Rescue responded to the accident. Haleyville Police are investigating. The highway was re-opened at 2:37 PM. 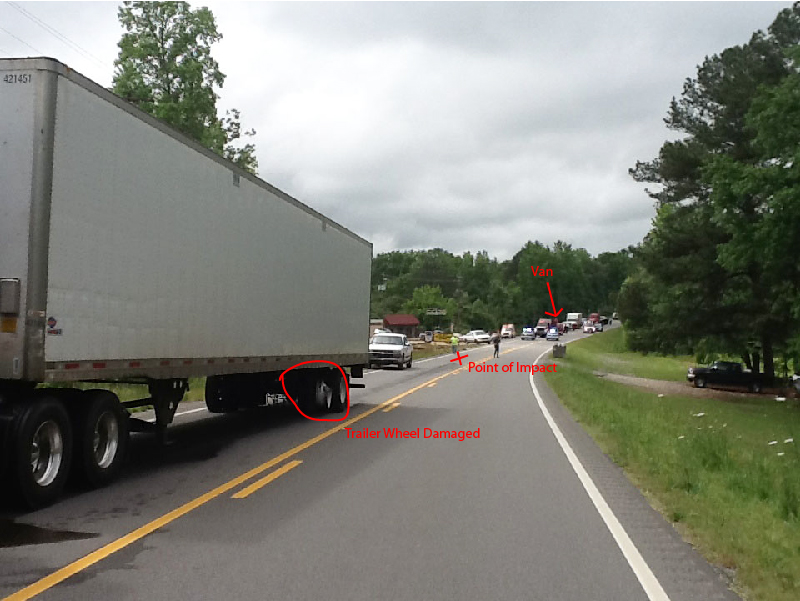