New Coach Will Lead By Example 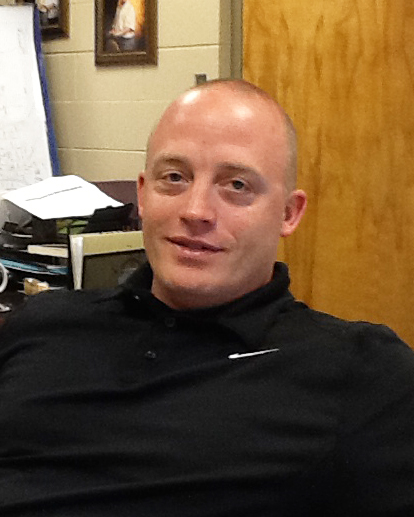 Mark Heaton just turned 34 on Tuesday, the day he was hired by the Haleyville Board of Education to be Haleyville High School's Head Football Coach and Athletic Director. He is married to a school teacher, has two young daughters, and is a born-again Christian. He believes in discipline on and off the field, leading by example, and holding staff and players accountable.

Heaton's overall coaching philosophy may be summarized, by this reporter, in one word: discipline. Discipline is wrongly associated with punishment. Discipline is about players performing their roles on and off the field. Discipline is about accountability. Add domination of the line of scrimmage to the mix and games will be won. “I want the players to have fun,” Heaton said. Throw in some no-huddles and a spread offense, and, it will be fun.

Heaton has coached at Escambia County High School in Atmore, Ala., for the past two years and had a 14-9 record. Chandler Myers, a reporter for the Atmore Advance, said of Heaton, “I think Haleyville is lucky to have him. He is a great coach that has tremendous vision. If given the opportunity, he will take Haleyville straight to the top.”

Prior to Escambia he was head coach for two years at J.U. Blacksher in Uriah, Ala. He also spent four years as offensive coordinator at Northview High School in Bratt, Fla. Born in Birmingham, he graduated from Demopolis High School. He is a 1997 graduate of the University of West Alabama. He begins, officially, May 1.