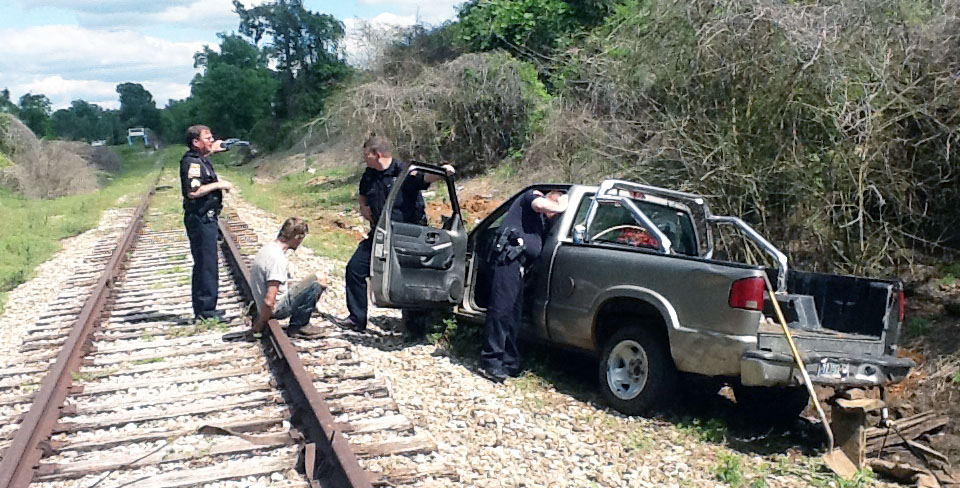 Haleyville Police were called Friday to a report of a truck on the unused railroad tracks between Alabama 13 N and Mays Flowers. Police found a truck, stuck about 1/4-mile north of the intersection. It became stuck while its driver attempted to pull scrap metal out of the ground with a rope. Keith John Kirk, 53, of Haleyville, was arrested and charged with criminal trespassing 3rd degree and possession of methamphetamine. He was also cited for having an open container in a vehicle. The truck was impounded.