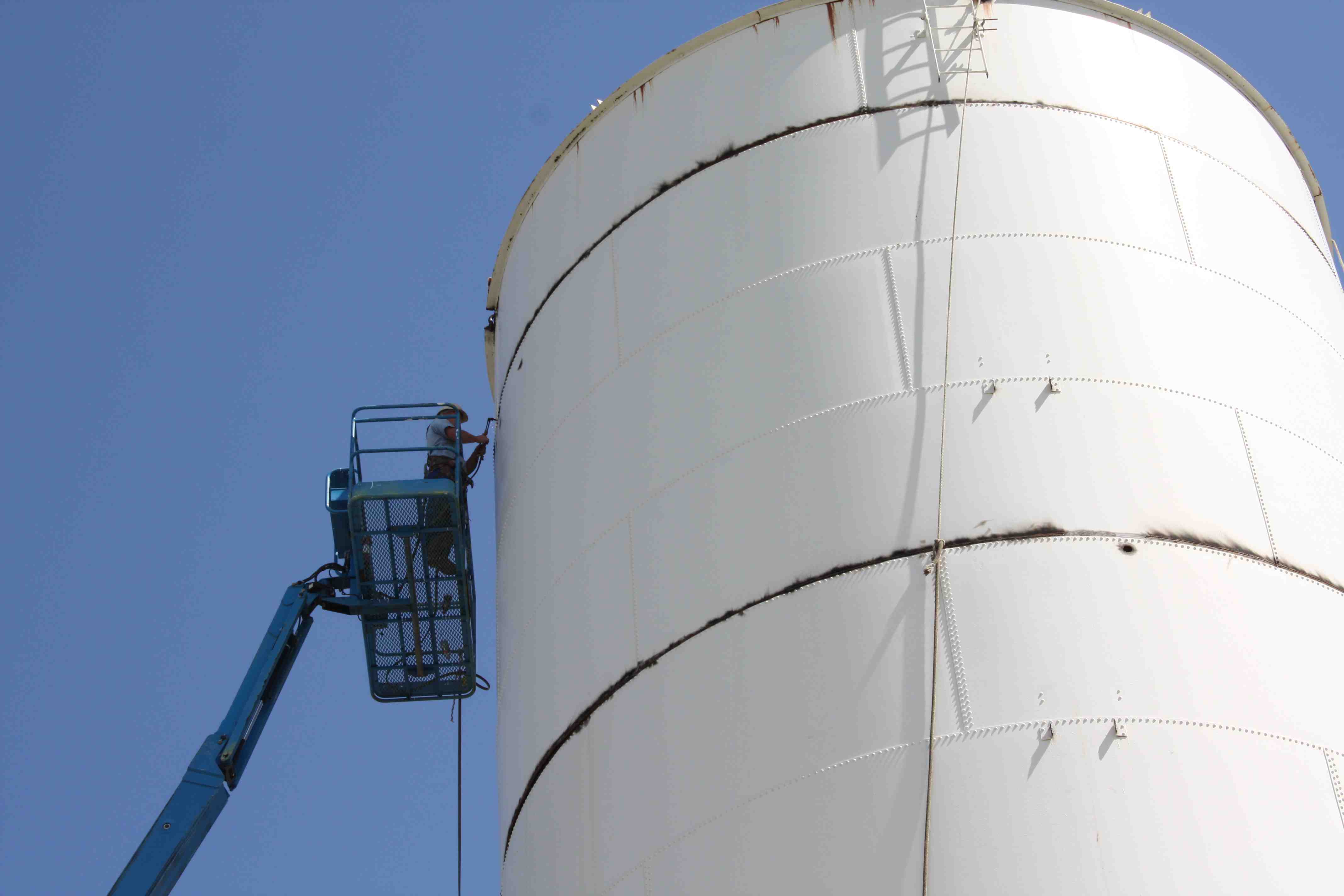 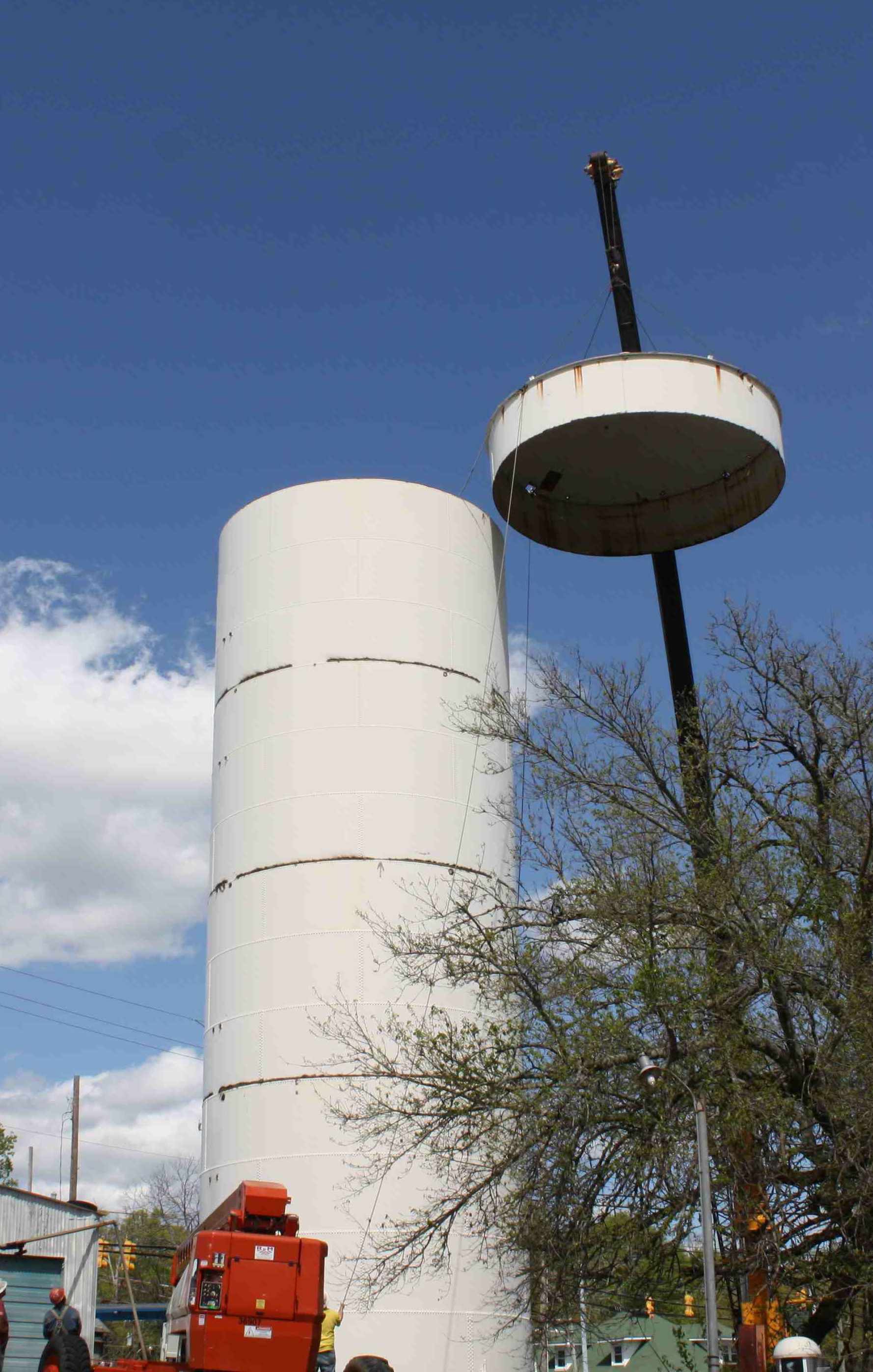 The water tank on Highway 195 at 14th Avenue has been taken down by Robinson and Sons. Extensive prep work started earlier in the month and with the arrival of a crane on Friday, the job of taking it to the ground was acomplished in one day. The tank was built in the late 30's and was the third water tank for the city. The first, a water tower on Alabama Avenue was taken down in the 90's, the second at the Haleyville textile mill was felled last year.

The 280,000 gallon tank had become obsolete due to the construction of other water towers in Haleyville, which creted a gravety flow problem. The elevation was just not high enough and as a result, the water just did not flow out of it. In 2008, water valves to and from the tank were shut off and the tank was officially taken out of service.

The bottom sections were made of 5/8 inch steel, above that 3/8 inch and the top rung, 1/4 inch, all held together by thousands of bolts, hand assembled and leak free for over half a century. According to Bud Wilson, Chairmain of the Haleyville Water Board, the metal will be sold for scrap and there are no plans to build a tank in that location to replace it.